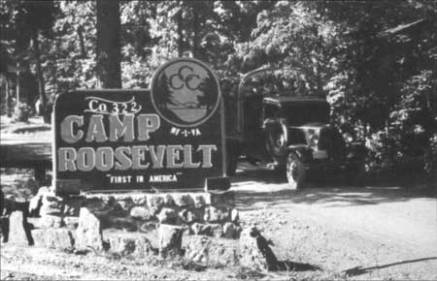 Admittedly the first and second chapters of Amity Shlaes THE FORGOTTEN MAN are rather clunky – however, if you press on a, (as I like to call it) clarity-in-hindsight occurs where the argument being made in the beginning chapters begin to reveal themselves. Despite the book continuing to be a slow read, I am enjoying the later chapters far more.

Chapter three is where discussion of the Great Depression begins; or at least, where history likes to give it a starting point; October 29, 1929. The build up to this however, was years in the making. This is where the ‘clarity-in-hindsight’ aspect comes into play as Shlaes recap of the prosperity of the 1920’s among a wide range of industries is referenced. The feeling that people did not know how to adjust to the prosperity and take adequate precautions emerges. ‘Panics’ in the stock market were not new – the best way to handle them, however, varied greatly that when ‘black Tuesday’ occurred – there was not a consensus on how to handle it.

Conflicting opinions in regards to how to handle the stock market crash and the subsequent recession – and what part the government should play in helping to alleviate the economic hardships is where I begin PART 2 of THE FORGOTTEN MAN book discussion.

After the crash – one of the first financial plagues to sweep the country was deflation. Money was becoming scarce and, in some areas, non-existent due to it’s increased value. People could not afford the money issued by the Federal Reserve so some communities improvised by creating their own currency such as the vallar which was developed for a short time in Salt Lake City, Utah. Other communities developed barter systems.

Although these alternative currencies allowed people to make day-to-day purchases from merchants that accepted them, the money wasn’t an acceptable form of payment for the payback of mortgages and other bank issued loans. Citizens weren’t the only ones seeking a way out of the financial problems. The government decided to get idea’s about how to help the economy from elsewhere – and with, what appeared to be the recent success of the Russian Revolution, that ‘elsewhere’ was, indeed, Russia. Later in the book, Shlaes points out that the US government also was looking at Mussolini’s Italy to get ideas on how to confront the USA’s economic woes.

What I found interesting is how much experimenting was taking place both in the US and the world when it came to dealing with the economy. There were two new forms of governments that had emerged – both centralized in nature; Lenin’s form of Communism in Russia and Mussolini’s fascism in Italy. Democracy in the USA, as anyone knows, is an ongoing experiment. At the time of the Great Depression, the Federal Reserve was new – as it was created in 1913 and many banks were not part of it’s centralized money system.

In some aspects it was like the blind leading the blind trying to find the best solution in dealing with an expanding economy and a growing country. A lot of the proposed solutions of the Great Depression were the result of guess-work. The rise of the so-called ‘alphabet agencies’ of Roosevelt’s New Deal were the result of this guess-work; his experimenting.

Putting people back to work in whatever capacity was a clear goal of Roosevelt, the plan was to reinvigorate the economy with jobs, even if the government was the one footing the bill for it. Another experiment was finding the best way to, essentially, control the value of the dollar. Should the US be on the gold standard? Should the US leave the gold standard? The answer to this was debated and resulted in some indecisiveness.

Meanwhile parts of Europe were growing weary – Chancellor Hitler of Germany had entered the political arena and pulled the fledgling Wiemar republic out of it’s depression and was already leading the country into a reconstruction stage. In an effort to protect their gold – people began sending it (or returning it) to the United States for safe keeping.

One thing that appears evident is that Roosevelt believed that, in one way or another, it was the government’s responsibility to get the US out of the depression. That without the government’s careful guidance of the economy there would be no recovery. He perhaps got this notion from Russia (which soon would be recognized as the Soviet Union) or even from Mussolini – regardless he didn’t seem to believe that the economy, left to its own devices would save itself. And that ultimately is the crux argument that Shlaes is attempting to make; that Roosevelt’s interference in the economy enhanced the depression instead of relieving the country from it.

I’ll have further thoughts in Part 3…